Back in the late 1930’s a group of five men (Charlie Wiley, Dale Wilder, Montana Bill Roberts, Harry Reed, and Sid Vollin) got together with an expressed concern about the loss of heritage, of history, of artifacts, and of a way of life of Eastern Montana. They decided to see if there were other people who felt the same way, and if they could gather enough support to start a museum.

A meeting was called for January 10, 1939. Over 30 people were in attendance, and with a positive vote the “Range Riders Museum” was born. The group obtained a 99 year lease from the City of Miles City and a part of the Fort Keogh (1876) land, and started a fund raiser.

The first small donations started to come in: $190 from William Spidel of Roundup, Montana; $80 from the Miles City Kiwanis Club; The Northern Pacific Railroad donated $161. Overall, hundreds of small donations came in.

Construction started on the original 2800 square foot log building, dedicated August 22, 1942, which is today’s entrance into the Museum. 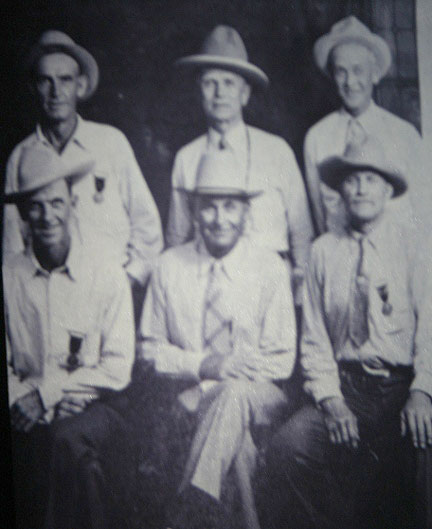 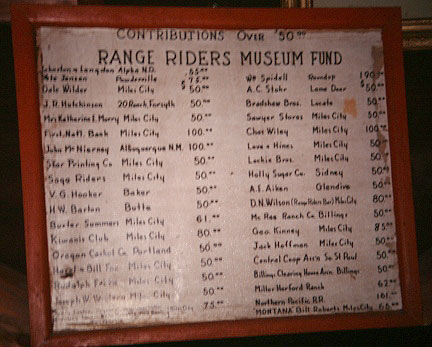 The Museum has always kept track of its wonderful donors.

Note:  2020 was long for everyone!  We were not able to open the museum at all, due to Covid-19 concerns and restrictions.  We are really looking forward to the new year and a fresh new season of visitors.